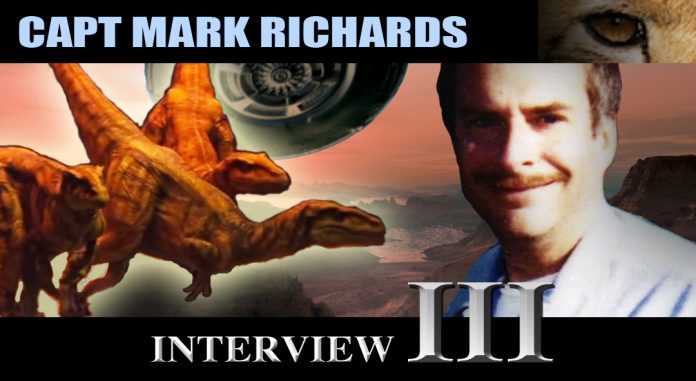 Mark Richards is a convicted murderer serving a life sentence without parole in California State prison, Solano at Vacaville CA. He prefers to be known as “Captain” Richards, although he has never served time in the military. The victim was 36 year old Richard Baldwin the owner of a vintage-auto restoration shop in San Rafael.

The Marin Independent journal reported that behind the plot of the murder of Richard Baldwin was a “secret organization called Pendragon that appeared to be planning an armed takeover of Marin.” The Pendragon society had it roots in the occult game Dungeons and Dragons, and it was one of the first documented D & D murder cases in the early 1980’s.

It is reported, that police detectives had retrieved from Richard’s home maps, aerial photographs of Marin County, plans for a laser gun, instructions for the construction of machine-guns, and “notebooks containing references to a new form of government.”

It appears that Richard fantasized about converting Marin County into a version of King Arthur’s Camelot, with himself as king. He allegedly promoted plans in meetings with his co-workers to take over Marin County by destroying the Golden Gate Bridge, and Richmond San Rafael Bridges, and placing a laser gun on the top of Mount Tamalpais.

Mark Richards Claims He is a Political Prisoner

Mark Richards and his crime partner Crossan David Hoover murdered Richard Baldwin on July 6, 1982. Mark has never accepted responsibility of the murder. Richards claims he is a political prisoner, and professes he was framed for murder to silence him from speaking about his involvement with the secret space program. Hoover told investigators that one of the inducements to the murder was Richard’s promise to appoint him Duke of Angel’s Island.

In the video below, Crossan admits “Mark was never off planet when the murder took place. He was right beside him when he struck Mr. Baldwin down. Nothing more could be truer. Mark is not a captain of any stature, and Mark has never been a prisoner of war, because he has never been in the military.” Hoover asserts that Richards preys on the weakness of others in order to manipulate them.

Kerry Cassidy Professes, “He was off the f#cking planet when it happened!”

A taped conversation between documentary filmmaker Kevin Daniel Moore and Kerry Cassidy was debuted on The Freedom of Joyce show with Tere Joyce. You can listen to it in the next video below.

In the recording, she claims to have so much evidence. Cassidy professes, “He was off the f#cking planet when it happened!” Cassidy then asks Moore, “Have you ever looked into Obama’s birth certificate?”

Then she rants, “I mean you really need to get a grip.” “This is a whole different way of looking at reality!” “False flags!” “When you investigate false flags, you begin to go down a rabbit hole that is unbelievable!”

In Mark Richard’s defense Kerry questions, “Did David Koresh mastermind Waco?” “Are these people responsible?” “Did Jesus persuade people of things verbally?” “Did they record his voice?”

Cassidy’s only vindication of Richards is based on the fact that she is an expertise false flag researcher. Therefore, she can confirm that the secret government orchestrated a false flag Pendragon Cult murder to hide the truth about the secret space program.

The Board of Parole Hearings granted Hoover’s parole on September 25, 2018, but the decision was reversed by the Governor. Although, Kerry Cassidy and UFO experiencer Simon Parkes have promoted the idea that Trump could pardon Richards, he has no constitutional power to do so.

Despite this fact, Cassidy still asserts, “There is a law on the books saying that somebody should be released from prison for a supposed mastermind of a murder, because they are not the one who did it.”

Where was this law when Charles Manson was alive? So, sorry Charlie.